One year ago, our team was zeroing in on an area of OKC to move our families. We had spent countless hours on Zillow and whole weekends driving around the OKC Metroplex to get a feel for the city we left nearly 10 years ago. We had been back several times, but when you begin looking for a place to live, the growth and expansion of the city over that decade caused this to be a pretty overwhelming task.

In April of last year, each of our families had identified the neighborhoods and homes we would occupy. Our homes sit exactly 1.2 miles apart. We had a desire to plug into our communities and become active in every way we could. My wife and I put our daughter in the school that sits in our neighborhood, we spent several days per week at the park and splash pad that neighbors the school, we became intentional about playing in the front yard and taking walks around the neighborhood. I don’t say all of this to claim that connections have been easy because of our activity, but to say that this is an area in which we really wanted to plant our feet.

As we began to take on a more visible identity as a church in September of 2017, we were set on that happening in either of the homes of our team. We had no need or hint of desire to meet anywhere but here. Because of this, we have had neighbors catch on to the consistent parking lot we make of our street. I started getting texts from a neighbor like this: “bro, do you have a party going on every Sunday night?” Of course I answered “yes!” Since September, Mateo has become a familiar and regular face among our people.

This past January, we communicated with our people that we were entering into a phase that would carry us up to Easter Sunday. We had been meeting for four months by that time and wanted to take another 3 months with our team to develop and communicate or vision, practice mission, and live in community with one another. We told them that on Easter we would add a weekly Sunday morning gathering to our Sunday night community group. Understandably, along with this news came questions about where we would gather.  Will we stay in homes? Will we rent? As our calendar became smaller an smaller, we began to really think about what this would look like.

A year ago, when God planted us in this neighborhood, he was also up to something among the people of Cornerstone Fellowship Church. Cornerstone is a church who gathers in a physical location 0.8 miles North of my home. Cornerstone has faced some pretty unique challenges over the last decade or so. When I say “unique”, I really mean that. They have faced some challenges that no one would have ever been able to predict or guess. Despite these challenges, these 30 people are a faith-filled people. They are a generous people. They have continually said, “we are not owners, we are stewards.”

Four weeks ago, we were contacted by Cornerstone. We have a mutual friend(who I met last year)who has been filling their pulpit for the last 15 months and put them in contact with us. They informed us that the weekly preaching ministry and operations would cease at Cornerstone after their service on March 25; one week before our first corporate gathering. Before they sought out options in selling their property(probably to a land developer)and being forced to give that money away, they wanted to reach out to us and see if it might be a space we could utilize.

After 3 weeks of meetings and phone calls with the elders at Cornerstone; intentional conversations with nearly 20 wiser and older counselors outside of our church; and prayer with our small group of people, we have decided that this is a fit for us. In fact, the location and facility could not be more ideal. Throw on top of that the cooperation and attitude of these people, and we have found ourselves amidst one of the most powerful and gracious acts of God we have ever seen.

There are details of this situation that will truly amaze anyone who hears it. We don’t have the space or time to share all of that here, but will commit the decades ahead of us to sharing of the goodness of God and about the faithfulness of the people at Cornerstone Fellowship Church. 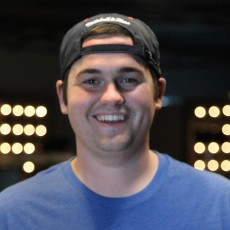 I’m Nathan and I am the lead pastor of Grace Harbor Church in Oklahoma City. I’m married to Lynzie and we have five beautiful kids.

Previous
3 Things Coming Up at Grace Harbor
Next
What Launch is(and what it is not).